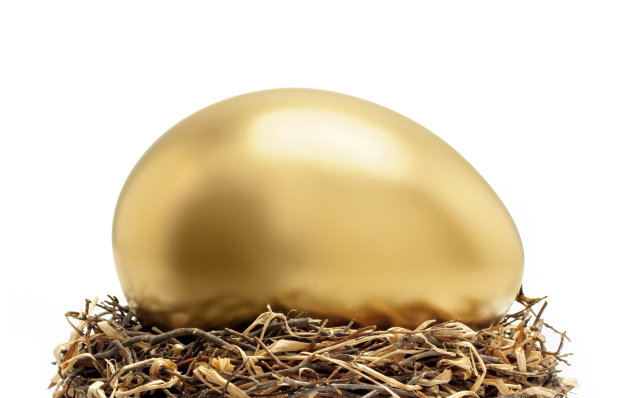 It was the first half of October, a time when financial institutions that handle 401(k) plan send out quarterly reports.

A friend received one of these in the mail. It was from a 401(k) plan he had with a previous employer. After leaving that job, he didn’t do anything with the plan. He just let it sit there rather than rolling it over into an account that he could have more control over. 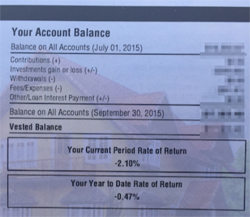 He didn’t think he was taking any risk. After all, the money was in a mutual fund designed to parallel one of the major stock market indexes. But when he opened the envelope and ripped out the summary he was shocked by what he saw:

– His money was currently earning -2.10 percent, and

Yes, those are negative yields.

This happened at a time when the recession was in the somewhat distant past and the economy was supposedly growing.

The financial institution based its projection on his investment earning an average of 6 percent year in and year out. That seemed unreasonably optimistic given that he was currently losing money on his “nest egg.” (By the way, even though he has never done any transactions on this account, the financial institution still took a nice little bite out of his money to cover “administrative fees.”)

The danger of passive money management

He realized he was making some serious mistakes with his passive approach to managing his retirement investment. Frankly, if its performance didn’t improve dramatically, this 401(k) would contribute nothing to his retirement.

His big mistake was to take a totally “hands off” approach to managing the account. When he reviewed previous statements, he realized that his balance had grown almost not at all since he left that employer – nearly eight years earlier.

Had he taken a more direct and pro-active approach to managing his money, he would have realized that he could have made investments that would have dramatically boosted his retirement account balance. Had he talked to the professionals at Evoque Lending, we could have shown him how investing in First Trust Deeds could put his retirement plans back on track.

How to boost your ROI

Right now our investors are enjoying double-digit returns on their money. That’s a lot better than negative 2 percent in anyone’s book. That’s even better than the 6 percent that this financial institution pulled out of thin air when it was making its projection!

Unfortunately, my friend didn’t even realize that most retirement accounts can be set up for trust deed investing, and sadly, we know that many people struggling with poor mutual fund returns right now are unaware of this fact. Simply putting part of your current retirement funds into California hard money loan investments could have a significant positive impact on your retirement plans.

Could your retirement portfolio use a boost? Give me a call or drop me an email and we can start the conversation. I’ll explain how we work to protect our investors’ money with protective equity and our applicant approval process and standards. I’ll tell you how our investors aren’t shocked by their quarterly retirement account statements, but instead are overjoyed each month when they receive a check for the interest their investments have earned.