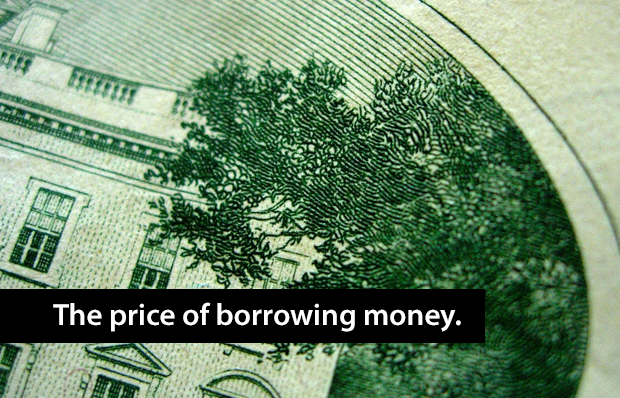 To anyone who has ever had a credit card, borrowed money or deposited money in a savings account, you know firsthand how interest rates impact the amount of money you have at any given time.  A somewhat complex system directs how interest rates are set at any point in time.  If you’re interested in how federal interest rates work, this information will help you.

How Do Interest Rates Work?

Interest rates can be thought of as essentially the price of borrowing money.  It is the amount charged by a lender for use of an asset, expressed as a percentage of the principal value.  Such assets could include cash, cars or properties.

Depending on whether you have a credit card, a bank account, or a loan, interest rates can work differently.

Credit cards usually come with an interest rate that is expressed as an annual percentage rate (“APR”).  This APR can either be fixed, or variable for purchases that will be based on your personal credit score.

If you borrow money by taking out a loan, the lender will charge you interest as a cost of doing business.  If you open a savings account, the bank pays you interest for keeping your funds on deposit in that bank.

Interest rates for savings accounts and loans are what you see advertised when you make decisions on financial products.  Those rates are based on the federal funds rate.

What Is the Federal Interest Rate?

America’s central bank, the Federal Reserve (the “Fed”), requires all banks to keep a certain amount of cash on hand each night.  If a bank’s cash reserve falls under that amount, it can borrow funds from another bank to meet the requirement. The interest rate that banks charge each other to borrow money overnight is called the federal funds rate.  The Fed controls this rate. Specifically, the Fed’s Open Market Committee (“FOMC”) sets it.

The interest rates that banks offer consumers are based on the Fed’s rate.  For example, the rate that banks and other financial institutions charge their lowest-risk customers is called the “prime interest rate.”  This rate is generally 3 percentage points higher than the Fed rate.  Essentially, the prime rate is the best possible interest rate you can get when you borrow money, and you can expect higher rates if you have a bad credit score.

That means the Fed rate directly affects consumer interest rates, such as those on home equity lines of credit, credit cards and car loans.

The interest rates that you can earn on deposit accounts are also dependent on the Fed’s interest rate.  This includes money market accounts, savings accounts, and certificates of deposit.  Generally, deposit rates rise and fall along with the Fed’s rate.

What Is the Interest Rate Today?

U.S. interest rates have been up and down over the past few decades.  After rising as high as 20% in the 1980’s, the federal funds rate dropped to nearly zero during the financial crisis in December 2008.

The Fed changes their rate based on several factors such as the stock market, bond market, inflation, the unemployment rate, and the gross domestic product.  All of these rates and indexes are constantly fluctuating. Also, certain events or market predictions could also lead the Fed to adjust the rate.

When the rate goes down, lendable funds become more easily attainable, as the perceived economic risk of making borrowing cheaper decreases. Conversely, rates can often rise due to market forces when there is a perception of increasing risk in the economy, or when lendable funds get tighter.

The FOMC meets roughly once every six weeks to examine U.S. economic data and assess the inflation outlook.  If it seems like the risk of inflation is increasing, they raise the Fed funds rate, which tends to raise most of the other interest rates in the economy. One purpose of this is to attract more money into bank accounts and away from consumption.

The Fed might lower rates to accomplish the opposite. Take the Great Recession of the late 2000s, which is considered to be the biggest economic downturn since the Great Depression. Generally, the Federal Reserve aims to maintain its rate at about 2% to 5%.  During the Great Recession, the rate was lowered to almost zero.

Only recently has the Federal Reserve begun to raise rates, with the first increase occurring in December 2015. As of October 2018, the federal funds rate sat at 2.25%, and the Fed said it planned to keep increasing its rate to 3.5% by 2020.

How Do Changing Interest Rates Affect You?

Fluctuations in the federal funds rate have very real consequences for you. Some are good, and some are bad.

Changing interest rates can affect consumers by increasing or decreasing their buying power for major life purchases, such as a home, a car, and even a college education. Rate fluctuations also influence smaller purchases when you charge those items to credit cards, and carry a monthly balance. As rates increase, for example, you will theoretically be able to borrow less because more of your money will go toward interest charges.

What Should You Do When Interest Rates Rise?

When interest rates rise, you should take advantage of this as much as possible.  Here’s what you can do, depending on whether you have credit cards, loans or savings accounts.

Credit cards: If you use a credit card, make sure you pay the balance in full each month so you don’t rack up interest charges. Credit card interest has a compounding effect, meaning that each month you carry a balance, you end up paying interest on the previous month’s interest. This can make it easy to fall into a cycle of debt, especially in a high-rate environment.

If you have credit card debt, pay down the balance with the highest interest rate first. This is known as the “avalanche debt payoff method.”  You put as much money as possible toward your balance with the highest rate, and make minimum payments on your other accounts. Once that first balance is paid off, you apply that payment amount toward the next highest-rate balances. This method will save you as much as possible in interest charges.

If you need motivation to stay on track, you can use the “snowball payoff method” instead. Rather than tackling the balance with the highest interest rate first, you focus your efforts on paying off the smallest balance. This lets you experience a “win” right away, and inspires you to tackle the next-highest balance. It will likely cost you more in the long run compared with the avalanche method, but choosing a debt payoff strategy that you can stick to is more important.

Loans: Unfortunately, if you want to take out a mortgage or finance a car, you cannot do much to combat rising rates other than finance fewer purchases.

The good news for borrowers is that even if rates seem high compared with recent years, they are still historically low.

Savings accounts: As far as savings, rising rates are a positive. If a bank customer wants to take advantage of rising interest rates, they might do well to see what savings accounts, and other instruments are paying the highest rates.

Community banks and credit unions tend to offer some of the most competitive rates, as do online banks. Fortunately, plenty of online rate aggregators that are updated regularly let you search for the best savings rates with just a few clicks.

What Should You Do When Interest Rates Fall?

A Federal Reserve cut to interest rates is meant to encourage consumer spending, but can also spur inflation.  Choose investments that can help you hedge against inflation, such as Treasury Inflation-Protected Securities, gold, and commodities.

When interest rates are low, this can be an ideal time to borrow money for a mortgage or car loan. You can lock in a low interest rate on a fixed-rate mortgage, for example, which will help you save money on interest over the life of your loan. It’s also a good time to refinance an existing mortgage or student loan.