How hard money investing can beat the conventional wisdom 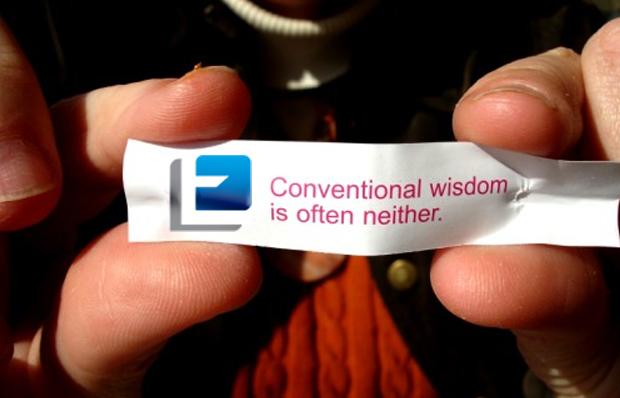 What do you do when conventional investment wisdom stops working?

The S&P 500 has always been one of the best indicators of the health of the stock market. It’s broadly based, so a good cross section of our economy is represented.

For years, one of the most popular pieces of conventional investment wisdom recommended buying an index fund that reflected the makeup of the S&P 500. However, when you have a week like we did recently, when the S&P 500 plunged 4 percent, it’s time to re-evaluate the conventional wisdom.

“If I had asked people what they wanted, they would have said faster horses.”

In other words, when you blindly follow conventional wisdom, you risk doing the same things over and over again without realizing the potential other options offer.

Many individuals – and even institutions – overlook hard money lending in California because they are tied into investment systems or styles that rely on doing the same thing almost everyone else is doing.

It’s an interesting paradox that the smart investors who move some of their funds – retirement and non-retirement portfolios – into hard money loans (aka First Trust Deeds here at Evoque Lending) are doing something fairly revolutionary. But at the same time they’re putting their money into an investment strategy that is the most well-established and oldest in human history.

I’m talking about collateral loans. We typically put together hard money loans on Los Angeles, Orange County and San Francisco area real estate. We have more than 15 years of successful experience in this field. We provide a great service for borrowers who have run into a roadblock at a conventional lender while at the same time giving investors a superior return on their money.

Right now, for example, while the S&P 500 sank 4 percent, our hard money investments are paying double-digit returns. Our investors see this money via a steady stream of monthly checks or bank deposits for the interest on the money they have loaned.

We work to assure the safety of our investors’ funds basically the same way lender safety was assured when people first started to loan money to one another:

– Through the value of the asset used as collateral, and

– By vetting the ability and willingness of borrowers to keep up their payments.

When these elements are in place, a hard money loan investor has a good margin of safety in virtually any and all circumstances. For example, we generally insist on 40 percent “protective equity” when we write First Trust Deeds. This means that borrowers have a lot of “skin in the game” and even in the case of a default, investors should not have difficulty recouping their principal.

I’m not a professional economist advising presidents and world leaders, but I think it’s undeniable that there are significant, worldwide structural changes in the global and U.S. economy.

The “gig” economy is growing (and governments don’t know how to deal with it), China’s Yuan is challenging the dollar, and the percentage of workers in the U.S. labor participation force is at a multi-generational low. In other words, there’s a lot of evidence to suggest that much of yesterday’s conventional wisdom may no longer be applicable.

When that’s the case, it’s time to look at investment strategies that are grounded in economic laws that never change, such as lending money on quality collateral to solid borrowers.

Sound like an idea? Give me a call today at Evoque Lending or drop me an email with questions or your preferred contact method. We have folks looking to borrow right now and you know the value of California real estate, so it could be the ideal way for you to boost your investments.